With the historic Lords Cricket Ground as the backdrop, Rt Hon Priti Patel MP and Bob Blackman MP along with Tony Lit from Sunrise Radio and Manish Tiwari, MD Here and Now 365 came together to celebrate India and UK’s iconic partnership at the exclusive BritaIndia event.

It was the day of the first test match between India and England, and with Britain experiencing an Indian summer like never before, it was an apt moment to celebrate this 400-year-old relationship – which has grown into a strong bond of mutual respect and friendship. Talking about this relationship Rt Hon Priti Patel MP stressed upon “Cricket, culture and commerce” being the unofficial tagline of this relationship.

Addressing the audience was the charismatic His Excellency Mr YK Sinha, the High Commissioner of India to the UK, who not only spoke about his love for cricket but stressed upon how post Brexit this partnership is crucial to both the countries and how both the governments were committed to forming a sustained relationship. He also reiterated on how cricket could be the real game changer of this relationship, considering his conversation with an Essex MP at a county T20 match on possibilities of flights to India from Stansted Airport.

Along with Priti Patel, Bob Blackman MP gave the second keynote speech where he relived his childhood memories at the Lords Cricket Ground when he came to watch matches with his father and how under the current leadership of Prime Minister Narendra Modi, this relationship is set to blossom even further. In today’s uncertain times with conflict and terrorism being on every governments agenda, he pointed out on how both the countries could become indispensable partners when it comes to security and defence.

Giving the closing speech for the event was our MD Manish Tiwari, who highlighted the partnership between the two countries through their 400 year old legacy, by echoing the words of Dr Kartar Lalvani from his book Making of India: “Empires have often ended in fire, destruction, blood and carnage as befell those of Rome, Spain, Portugal, Ottoman and France. The British empire, which covered approximately two fifths of the world and held commercial influences over the three quarters of the globe, lowered flag and withdrew from their far-flung territories in a generally stately manner with tea, pomp, ceremony and cricket.”

India and UK’s relationship goes beyond just cricket and economics and spreads to giving and philanthropy as well. Once such organisation which aims at transforming lives in India through strategic and sustainable CSR is the British Asian Trust which was founded by HRH the Prince of Wales. Speaking at the event was Hitan Mehta, Executive Director of the British Asian Trist who spoke about how businesses on both sides can come together to tackle poverty and create change – by educating children, empowering women and stopping trafficking.

SBI UK celebrates cricket and commerce at the… 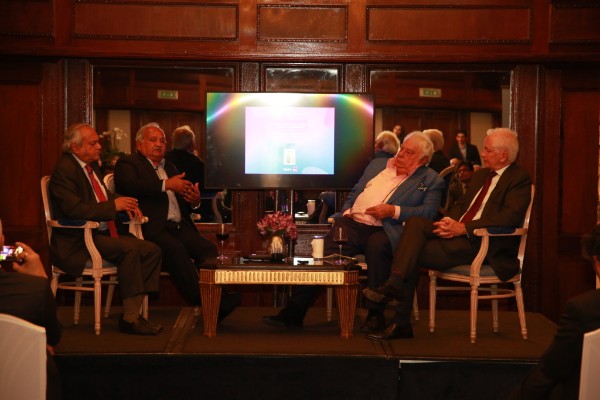